The Camp Fire Shed Project is not accepting applications at this time...
because we have completed the project!

A huge thank you to everyone who helped make this project a reality! We couldn't have done it without you!

With the completion of Maranatha Volunteers International’s third and final project in Paradise, California, a total of 452 storage sheds have been constructed for victims of the 2018 Camp Fire. Over the past year, 780 volunteers served on three projects, with 216 people building 132 sheds on the latest project that finished on November 8.

More than 153,000 acres and 18,000 structures were destroyed in the Camp Fire. Now, many residents are living in RVs with no place to store their belongings. In 2019, in collaboration with the Paradise Seventh-day Adventist Church and Love Paradise, Maranatha built 202 storage sheds for Paradise, and this September followed it up with another 118.

Maranatha is not a disaster relief organization, but serving in an area that experienced one of the most destructive wildfires in state history presented challenges not often seen on a North America project. With unreliable electricity, all three projects required the use of generators, and the second project dealt with smoke and the threat of nearby evacuations. Yet the challenges also provided opportunities for growth in the volunteers.

Another unique aspect of the project was that volunteers got to work side by side with local community members–an experience that is more unusual on North America projects. This provided a direct connection to the impact volunteers were having.

Maranatha staff members and project leaders, David and Susan Woods, acknowledge how unique this effort was. “You kind of always want to be Jesus’ hands and feet–you want to meet people’s needs,” said Susan. “But in North America, sometimes it’s harder to feel that. But here, their lives were burned out, and we were able to give them something that is boosting their hope.”

“Emotionally, it was a more impactful project for me,” said David. “We’re amidst the fire victims, the town is thrashed, and to see their responses to receiving this gift–it’s powerful for me.”

The large number of volunteers that came from as far away as Maine and Florida accomplished a substantial amount of work throughout the projects. They erected 3.76 miles of walls, laid 1.38 acres of roofing, and created 54,240 square feet of storage. “It was inspiring to see how volunteers were so enthusiastic about accomplishing all they could,” said David. “Even older volunteers were so motivated they would push themselves [to the point of being sore]. We weren’t pushing them; they were just so motivated to help.”

Every shed that made its way down the assembly line eventually led to the moment when a recipient took the keys, unlocked the door, and looked inside for the first time. “Every time they open the door, you can see it in their faces, it’s always bigger than they thought,” said Susan. “People are thanking us and don’t even know how to thank us.”

The effect of Maranatha’s work in Paradise is far-reaching and hard to encapsulate. Hundreds of residents now have a place to safely store their belongings. The profile of the Adventist Church in Paradise has grown. Scores of volunteers have left the projects with full hearts. “There’s an impact we’ll never know,” said Susan. “There will be 452 people that receive those sheds, but there’s also the experience of the local people who served. Some received sheds, others hadn’t. All of the volunteers that came from all over, it touched them too.”

Check out what an amazing group of volunteers we have helping rebuild Paradise one shed at a time! 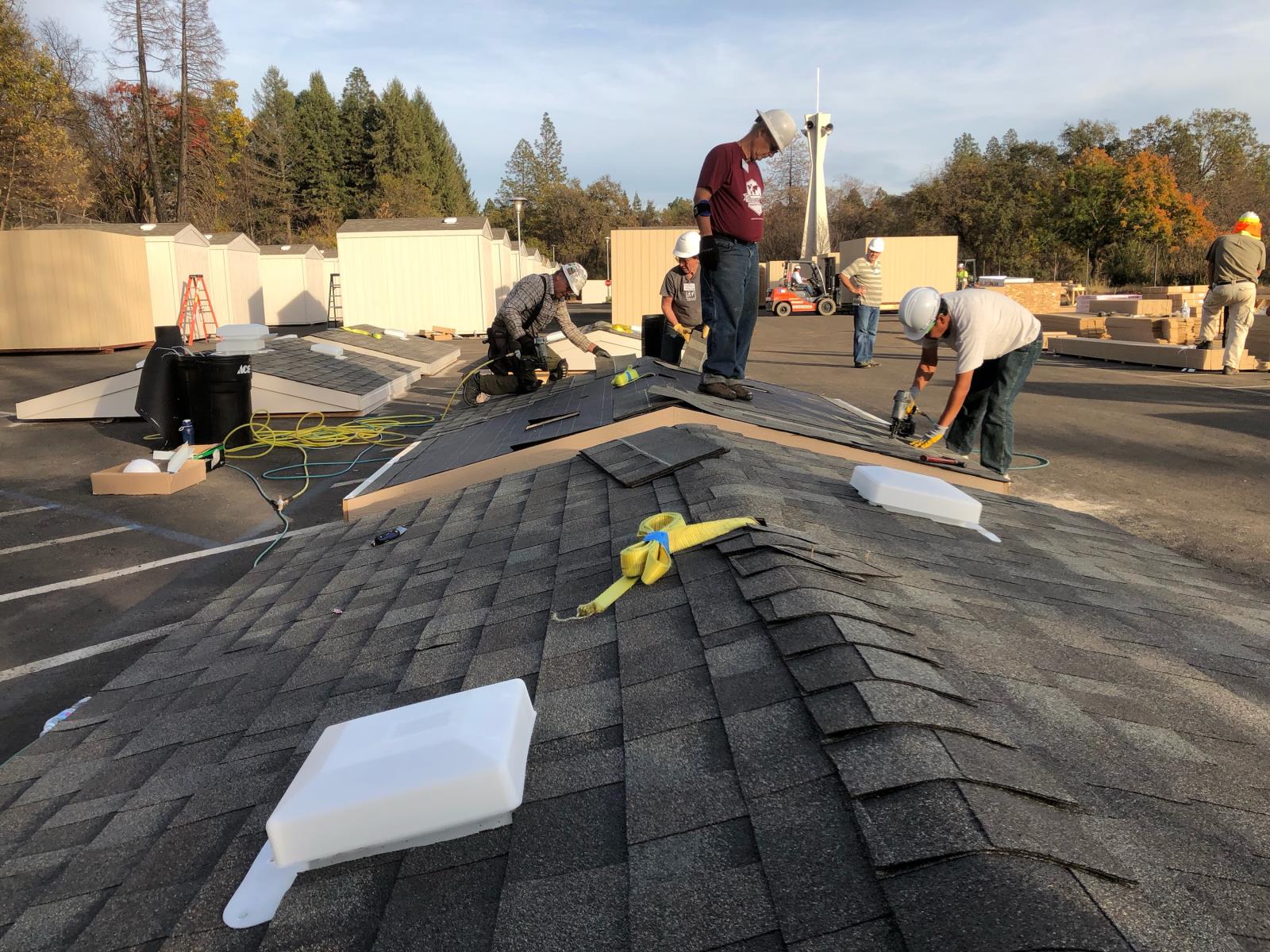 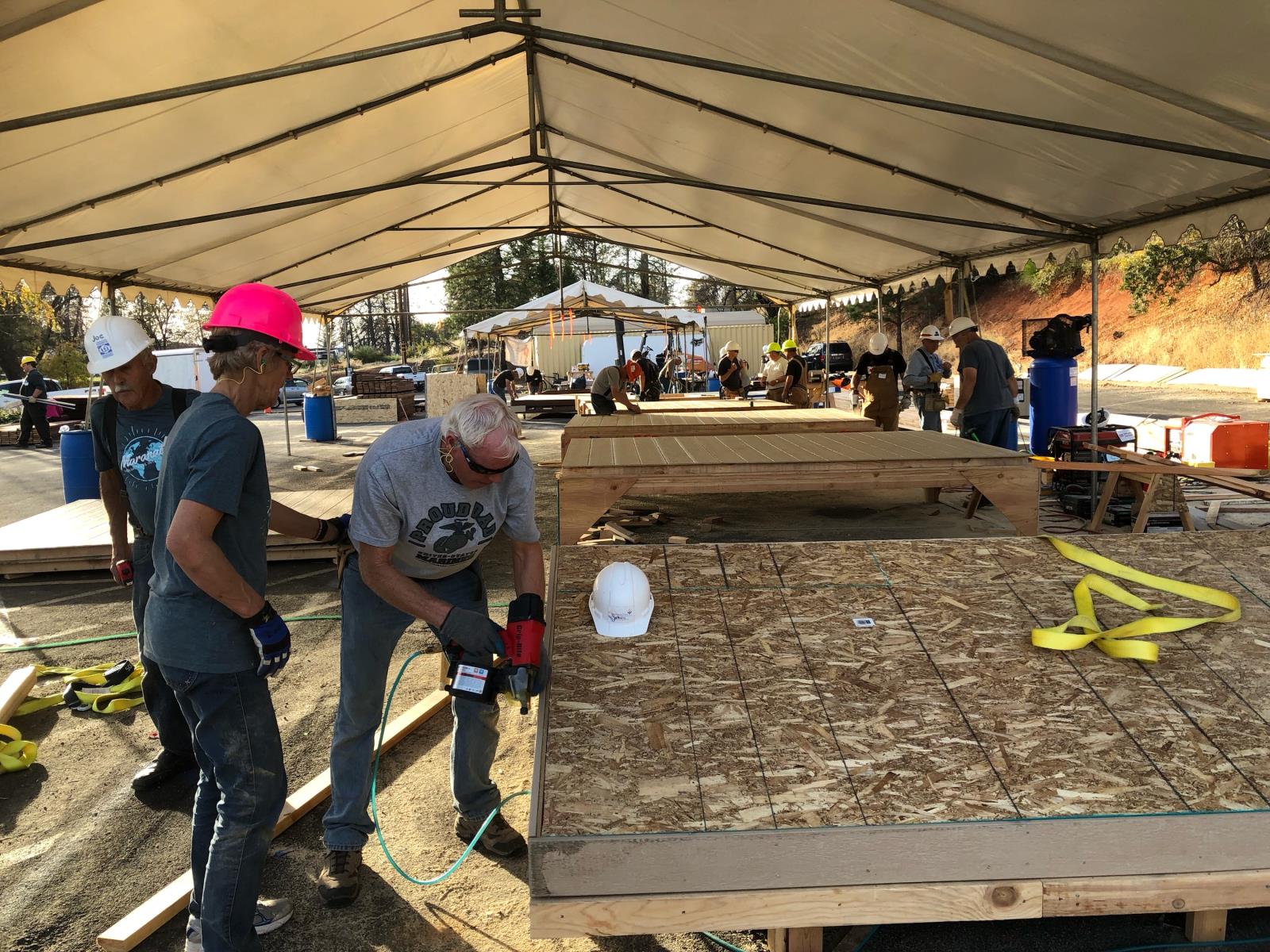 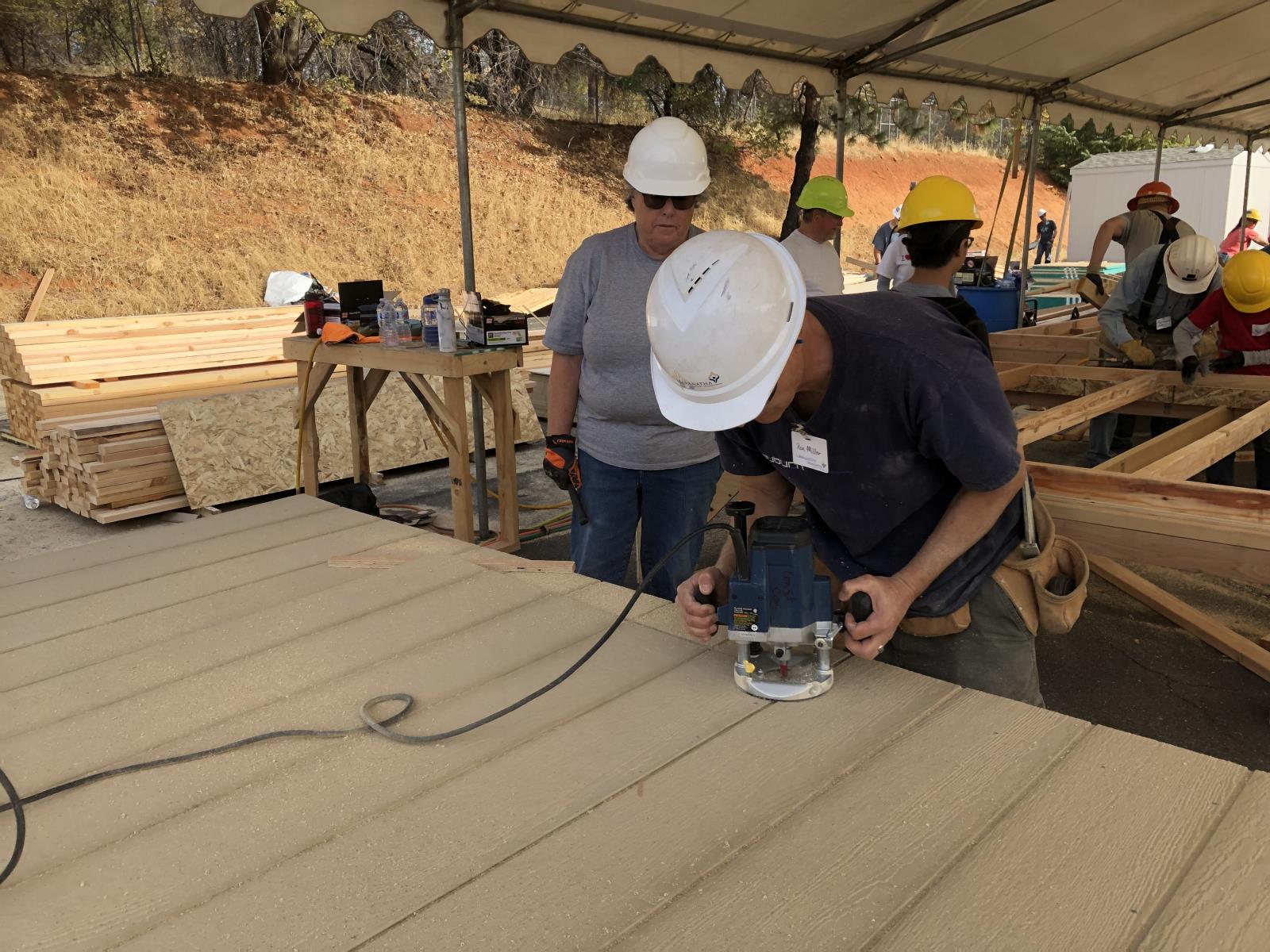 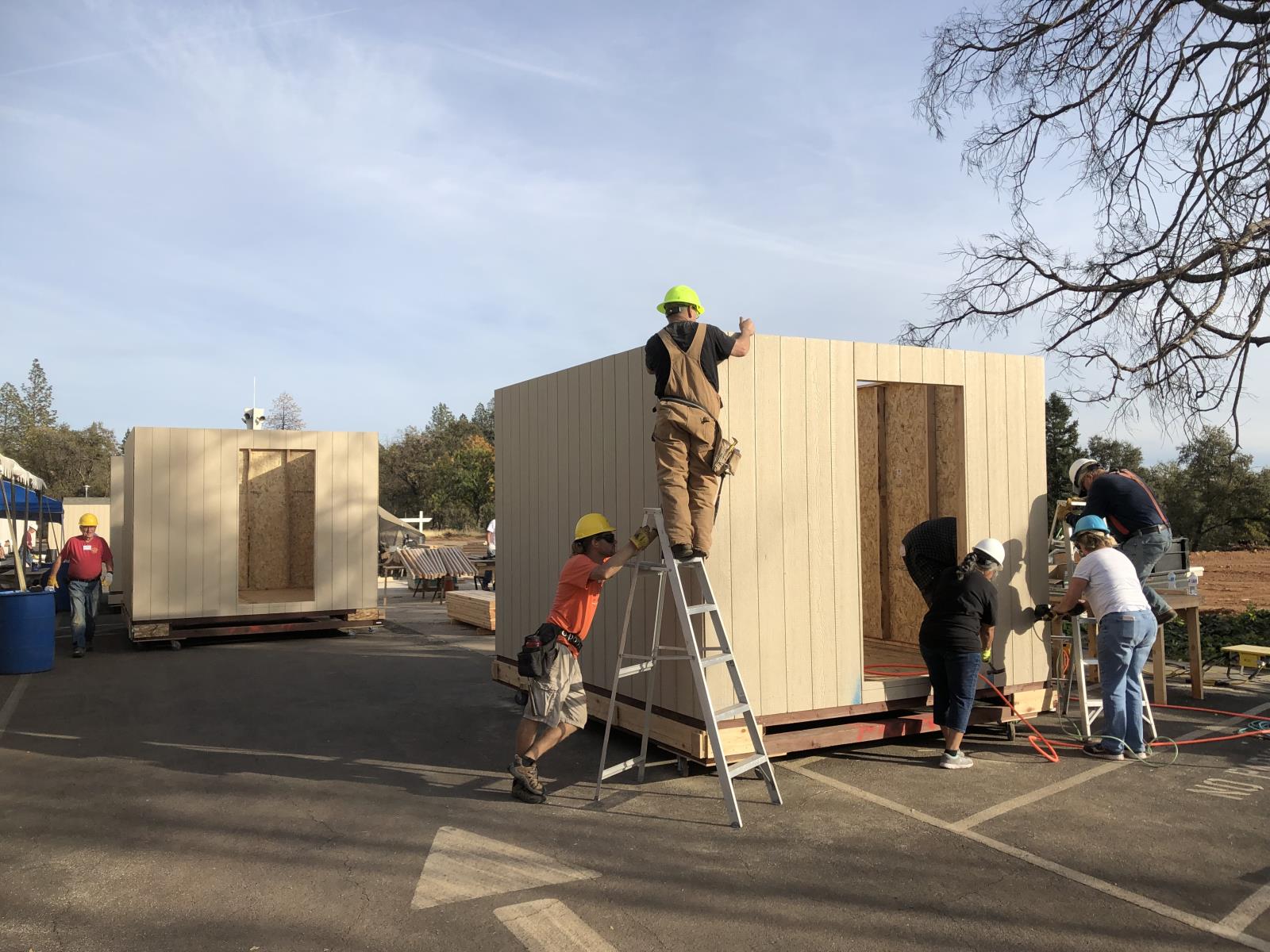 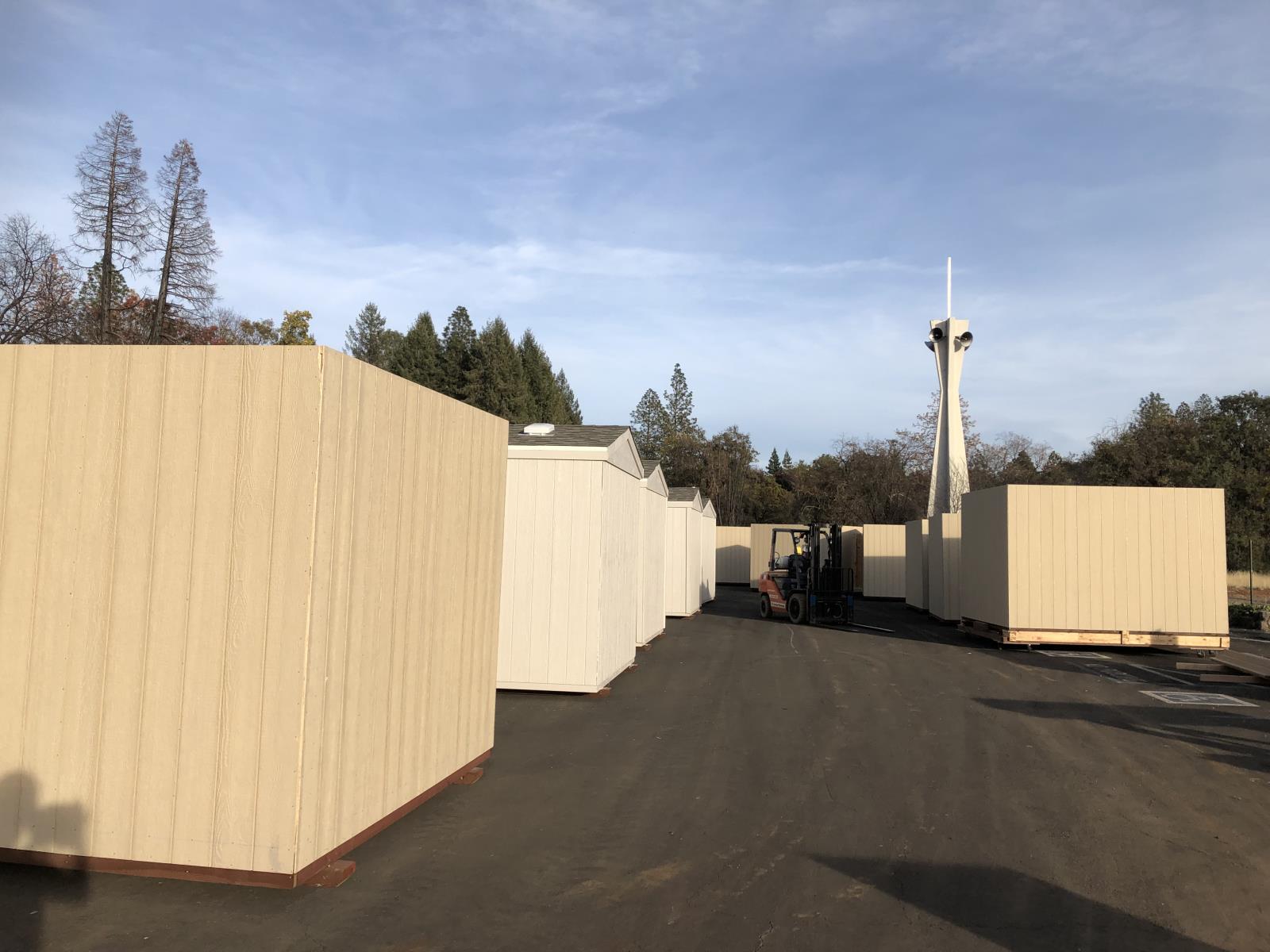 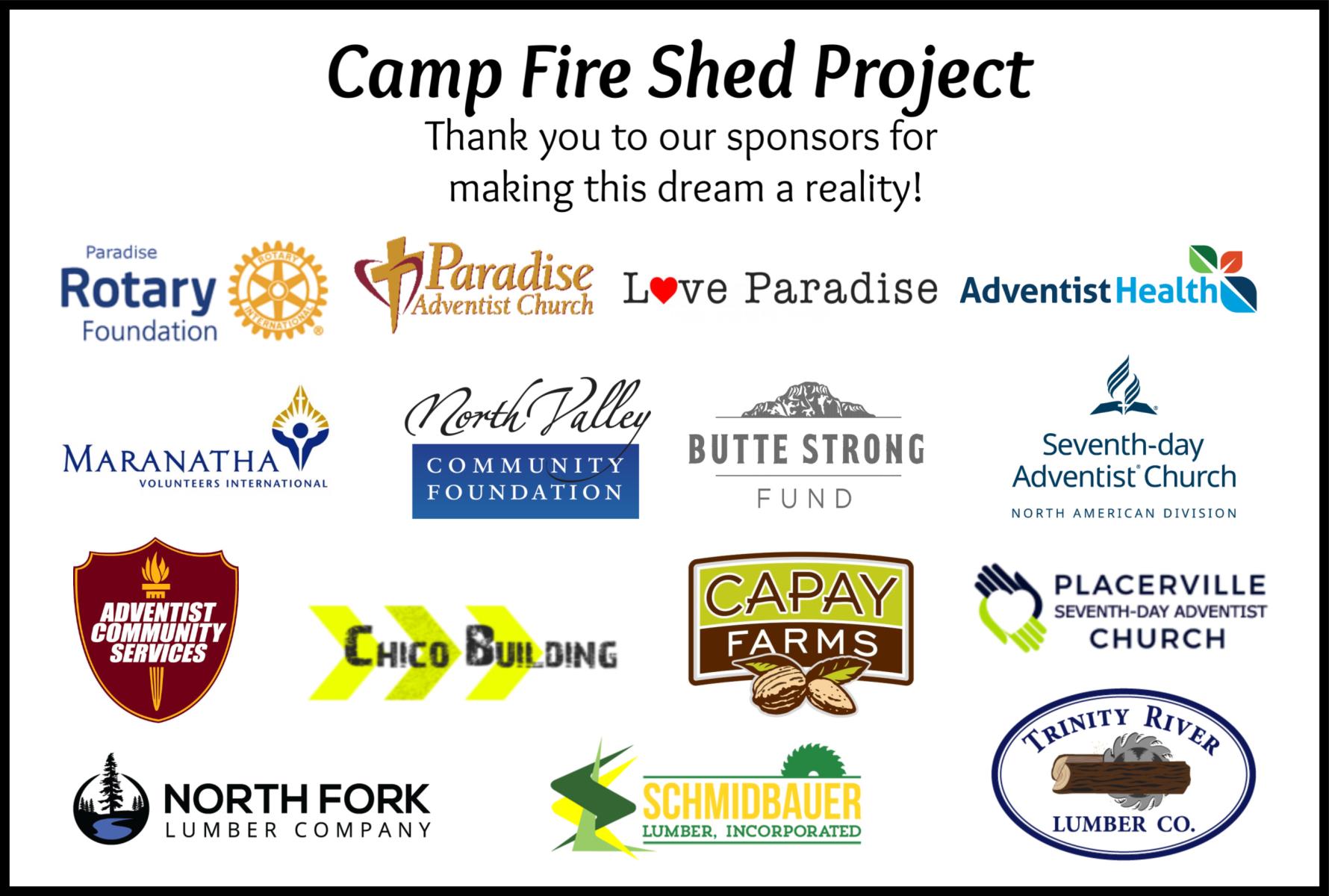